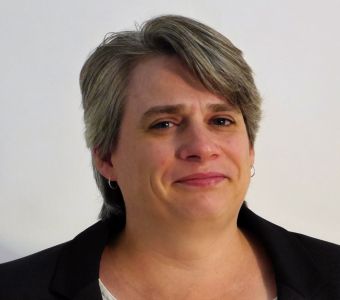 I am a local girl who grew up in Whitfield and, in fact, I still live there now.  I went to Archers Court School and did my A levels at South Kent College in Ashford.  Whilst at school I first began to think about becoming a Maths teacher as I noticed that I really enjoyed explaining Maths to my friends when they were struggling.  As somebody who did not pass the Kent Test, I feel very strongly that students in non-selective Kent schools can do very well indeed and just need encouragement.  I am proud to be able to use myself, and many of my old Archers Court friends, as examples.

After my A levels I went to University in London to do my degree in Mathematics and Statistics and from there went on to achieve my teaching qualification (PGCE) in Sheffield.  I then worked for six years in a large mixed comprehensive school in Doncaster where, after my first year, I was promoted to Assistant Head of Year.  Whilst working in Doncaster I also completed a Post Graduate Certificate in Educational Management.

In 2001 I moved home to Dover and took up the position of Key Stage Coordinator at Archers Court and was later promoted to Assistant Headteacher.  At Archers Court I gained valuable experience of leadership in many areas including pastoral support, the curriculum and teaching and learning.  I also continued to take my own professional development seriously and, during this period, I served as a staff Governor and completed my National Professional Qualification for Headship and a Masters degree in Education.  In 2010 I became the sole Deputy Headteacher at The Norton Knatchbull School in Ashford, where I worked very closely with the Headteacher, Governors and staff and really began to understand fully the intricacies of school leadership.

I took up my post as Headteacher and Governor at Sandwich Technology School in January 2015 and I love my job.

I have been happily married for many years and have two sons of whom I am very proud.  I enjoy walking, origami, genealogy, making homemade wine and listening to the Archers!